Show Me Respect, Or Else!

A few weeks ago, two students showed up for English class a few minutes late–not the first time–and shuffled into their seats, smirking and tossing their backpacks to the floor. While I began to explain the lesson, a hand shot up from the back of the classroom.  “Mr. B, can I go to the bathroom?” He’d been in the room for two, maybe three minutes, and now he had audacity to request leaving. 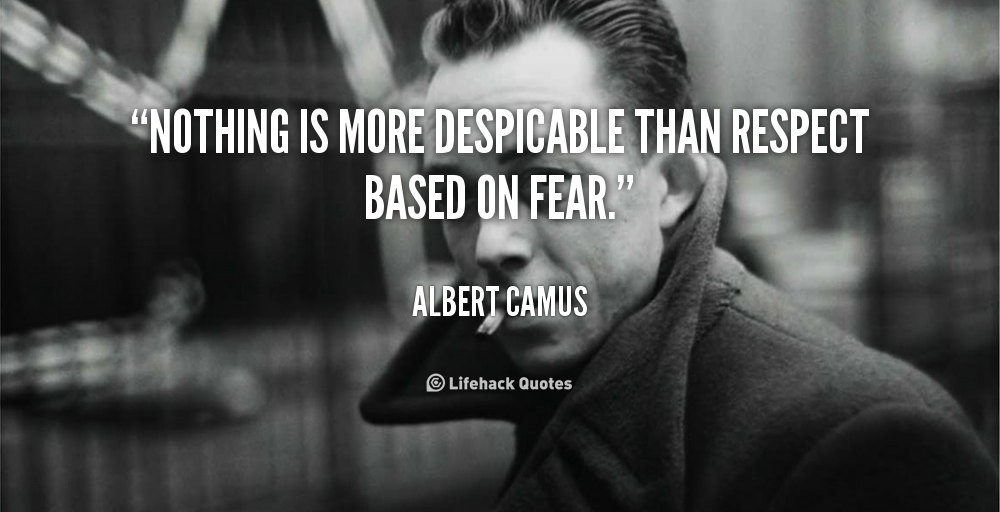 I glanced back with a scowl, feeling my heart thump a little louder than normal. Are you kidding me? I thought.  The same student just displayed a disregard for the start of class by being tardy. Given that we’d been discussing the idea of respect in the context of the book The Other Wes Moore, I fired back. “You’ll have to wait.  You realize how disrespectful it is to ask me after coming to class late?”

“How is it disrespectful?”  he responded without sarcasm. I took a breath, realizing that he perhaps had no clue why his action was disrespectful to me and our classroom time and space.  It was a teachable moment, and I regret missing the opportunity to have a productive conversation.

Many students have skewed notions of respect, largely fueled by pop culture, fear, and violence. Ask students what respect means, and you’ll likely get a thousand different answers.

Some will tell you it’s about fear and power. Think about the bully who trolls the hallways, puffing out his chest, bumping students with his shoulder, demanding respect. Respect based on fear, violence, and intimidation.

Some will tell you it’s all about making sure you acknowledge their presence, their being, regardless of their behavior. I think about times when I’ve asked challenging students to move seats to minimize their off-task behavior, and they openly state they don’t like being disrespected like that. What?!

Others, mostly our refugee students, will provide a definition of respect based on family status or age. One Cuban girl told me she has to respect all the elders in her family.

Yet few will actually give you a textbook definition of respect: admiring and recognizing people for positive qualities, abilities, or achievements. Or acknowledging the traditions or routines in an environment, not wanting to interfere or harm.

The following passage from the book, a story about two men with the same names and drastically different fates, seemed to have an impact on many students.  In the scene, one of the Wes Moores, now a cadet at a military academy, witnesses a fellow student command attention and deference based on qualities he’d never witnessed before back in his Bronx neighborhood:

“In spite of myself, I was impressed. I had never seen anything like that before. I had never seen a man, a peer, demand that much respect from his people. I had seen Shea demand respect in the neighborhood, but this was different. This was real respect, the kind you can’t beat or scare out of people. That’s when I started to understand that I was in a different environment. Not simply because I was in the middle of Pennsylvania instead of the Bronx or Baltimore. It was a different psychological environment, where my normal expectations were inverted, where leadership was honored and class clowns were ostracized.”

Wes Moore, like many students I deal with, need to be deliberately taught different modes of perceiving themselves and the world.  There is perhaps too much emphasis on academics in school, given the social-emotional deficits students bring to the table.  Is it more important to learn the periodic table or learn and practice real tolerance and respect?  How do you think you learned respect?  If you are a teacher or have/work with young people, what are you observations regarding respect?