Many American educators–myself included–often remind ourselves and others that we didn’t enter education for the money.  I certainly don’t teach to become wealthy, but as I see outstanding educator colleagues and friends leave the classroom for higher-paying, often lower-stress jobs in education, I wonder what it would take to increase the tenure of experienced, skilled teachers. 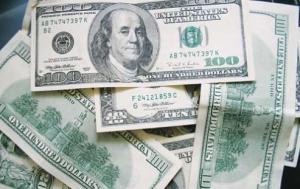 And I wonder how long I will last, with increased financial responsibility coming with marriage and my own family down the line.

So what would it take to start attracting more talent into the teaching pool in the States?  It might boil down to greenbacks.  According to Prichard Committee for Academic Excellence Director Stu Silberman, dramatically increasing compensation could eventually lead to dramatically improved schools.

Those numbers might seem ridiculous, especially for first-year professionals with a wild range of educational attainment and ability, yet Silberman argues that the idea is feasible in a recent blog post at Education Week:

…if the entry-level salary is $100,000 (this is possible within current budgets), what could we expect to happen? First, many top students who want to teach but now choose a different profession for financial reasons would bring their skills into the classroom for the benefit of our students. The appeal of higher salaries would allow universities to become more selective about the candidates they allow into their teacher preparation programs. As stronger talent entered the teaching workforce, student achievement would rise. The Center for Public Education reports, “There is research that has shown that students of teachers who have greater academic ability–be it measured through SAT or ACT scores, GPA, IQ, tests of verbal ability, or selectivity of the college attended–perform better.” As achievement levels rise, we would have a stronger pool of future educators, thus continuing the upward spiral.

I agree with Silberman’s general premise, but I doubt we have the political will to undergo such a dramatic transformation of the profession.

And it is true that the talent pool of teacher candidates is currently diluted.  According to numbers released by Education Testing Services (ETS), education majors score well below average on the GRE compared to students in other fields.  The exception is secondary education majors, who score slightly above average.  American schools aren’t going to dramatically improve with–let’s face it–such a wild range of abilities standing in front of 30 tired, eager, excited, or belligerent students in schools across the land.  Test scores aren’t everything, but the numbers are a strong indicator of where teaching falls on a career prestige scale.

Speaking of prestige, Finland’s education system has recently received a bounty of praise, and it’s no surprise that the best and brightest there desire to become educators.  What do we have?  A glut of Teach for America applicants from our top colleges and universities, but many of these students aren’t looking into education long-term.  Just look at retention rates.

It’s a tough sell to drastically increase teacher salaries and increase qualification requirements.  But I’m sick and tired of politicians and citizens lamenting the fact that our public schools are a mess, when recruiting, training, and compensation systems are not set up to create and retain widespread teacher excellence.

Big challenges require bold solutions.  What do you think?