There is a comfort to routine, shielding one’s self from new ideas and from the possibility that things could (or should be) different.  There is comfort and leisure in not doing the work necessary to read extended texts or dense prose.  There is comfort in the status-quo.

I don’t prescribe to this mindset.  For me, there is something completely fulfilling and exhilarating in exploring the world of books and ideas, coming across something new that challenges conventional wisdom and leads to more mindful living. 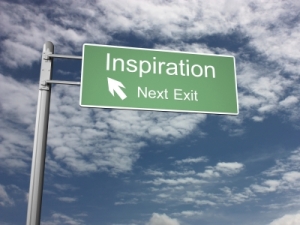 The following books and words have impacted me greatly over the past five years.  Instead of summarizing each text, I’ll present a passage that stuck with me and short commentary.  Hopefully, even out of its full context, you’ll notice the power of the idea that caught my attention.  While I thoroughly enjoy reading fiction, it doesn’t impact me the way well-crafted nonfiction arguments do.

The internet, as its proponents rightly remind us, makes for variety and convenience; it does not force anything upon you. Only it turns out it doesn’t feel like that at all. We don’t feel as if we had freely chosen our online practices. We feel instead that they are habits we have helplessly picked up or that history has enforced, that we are not distributing our attention as we intend or even like to.  Think about your own habits with technology.

While reading this book, I immediately became more cognizant of how little control I felt I had when it came to attention span, checking e-mail, etc.  It takes discipline to step back and think about how technology tools are affecting us for better or worse, and then take action.

Jarod Lanier’s You Are Not a Gadget

On balance, we’ve done wonderfully well!  But the challenge on the table is not like unlike previous ones.  The new designs on the verge of being locked in, the web 2.0 designs, actively demand that people define themselves downward.  It’s one thing to launch a limited conception of music or time into the contest for what philisophical idea will be locked in.  It is another to do that with the very idea of what it is to be a person.

This idea drives my desire to teach kids to create authentic media work that isn’t controlled by a template.  Another thing—how many people define themselves, to a great extent, by what they post on their template-driven online profiles?  Facebook has, for better or worse, greatly influenced what information people should share with each other, thus locking in a version of self that may or may not be accurate.  I understand that how I project my identity through WordPress is also a construct, confined by what WordPress allows me to do.  I also think it is a worthwhile, creative, and challenging endeavor, and am not defining myself “downward.”

What a powerful way to argue against agribusiness and meat consumption. I’m trying to drastically cut down on all non-locally sourced, agribusiness-“raised” meat.  These words remind me that we can make an impact with what we put on our plates.

Alfie Kohn’s Essay “Feel Bad Education:  The Cult of Rigor and the Loss of Joy.”

That so few children seem to take pleasure from what they’re doing on a given weekday morning, that the default emotional state in classrooms seems to alternate between anxiety and boredom, doesn’t even alarm us. Worse: Happiness in schools is something for which educators may feel obliged to apologize when it does make an appearance. After all, they wouldn’t want to be accused of offering a “feel-good” education.  School shouldn’t be all about fun, but it is truly pathetic that many students toil through a school day without smiling.  Kohn’s argument offers me a constant reminder to inject joy in the classroom whenever feasible

Barry Schwartz’s The Paradox of Choice: Why More is Less

When people have no choice, life is almost unbearable. As the number of available choices increases, as it has in our consumer culture, the autonomy, control, and liberation this variety brings are powerful and positive. But as the number of choices keeps growing, negative aspects of having a multitude of options begin to appear. As the number of choices grows further, the negatives escalate until we become overloaded. At this point, choice no longer liberates, but debilitates. It might even be said to tyrannize.

My last post delved into this issue a bit.  Massive consumer choice might seem like a trivial issue to some, but if you step back and realize how much time and effort is placed on making decisions regarding material things, you wonder how much that has affected many people’s skewed regard for consumption and material choices over intangible joys, feelings, friendships, and experiences.

In the hospital, Burley’s body had seemed to Danny to be off in another world; he had not been able to rid himself of the feeling that he was looking at it through a lens or a window.  Here, the old body seemed to belong to this world absolutely, it was so accepting now of all that had come to it, even its death.  Burley had died as he had slept–he had not moved.  Danny leaned and picked up the still hands and laid them together.

The story is a remarkable meditation on death, modern medicine, and the natural world.  If you haven’t read any Wendell Berry, please do.  I’m not going to give up the plot of this story.

What words have impacted you?  What types of words/genres?  How has your life changed due to reading?